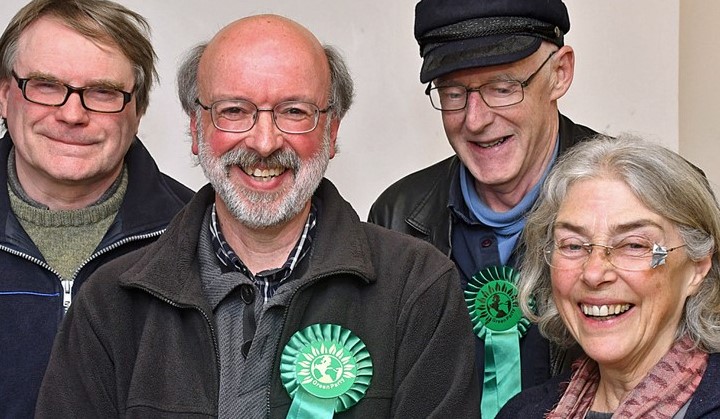 Green Party candidate, Dave Mansell, won the by-election on 5 April 2018 for the Wiveliscombe and West Deane ward on Taunton Deane Borough Council. Dave gained 45% of the votes cast and had a winning margin of more than 200 over the Liberal Democrats and Conservatives. The by-election was hotly contested, which led to a high turnout of 43%.

Dave said: “I am proud to have been elected and pleased to have won with a clear majority. I will be doing my best to represent our community and to be a new Green voice on the Borough Council.”

Dave’s campaign was supported by the ward’s other Borough Councillor, Eddie Gaines, and by many other local people, who helped deliver leaflets and put up posters. He was also backed by Steve Ross, who had resigned from the council, due to work commitments, which led to the by-election. Both Eddie and Steve were previously elected as Independent Councillors.